22. Relationships at Work---Burning your bridges and shame

RELATIONSHIPS AT WORK - BURNING YOUR BRIDGES

"I need a job to support my son in school," Mr Zou pleaded. "My wife was retrenched for some months. I cannot find a job nowadays." Mr Zou, in his late 50s, went to his former work place to get back his old job, despite being ignored in his numerous short text messages to his ex-boss. 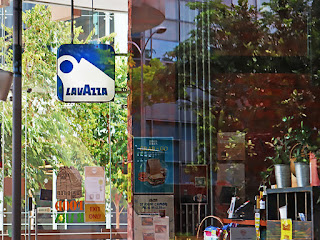 So he just walked into the old office to seek a job.
The ex-accountant was fortunate in that he was paid $9,000 monthly after he was let go by another company. Companies do retrench senior accountants as a younger one will be less expensive.

This man had worked for less than 6 months in this new company. He started a shouting match with the General Manager again over some work issues.
But this was a job so near his home and his religious premises as compared. In his previous job, had to commute for over two hours to and fro his home and worked long hours. "Count your blessings," when you have so much in your favour. Office politics exist as long as there are employees---a reality of life. But this newcomer could not manage his anger over needling by one or two senior personnel.
The boss heard the shoutings of the two men. She had tolerated the office politics earlier. Now she fired the accountant by paying him together with a month's salary.
Mr Zou left the office with the cheque. He took his boss to the Ministry of Manpower for "unfair dismissal" to get compensation. There was a hearing. He lost his case.
Covid-19 pandemic came into Singapore and there was a lockdown from April 2020. His working wife lost her job. His older son in the U.S was retrenched and there was no income for some months as he had resigned before Covid-19 lockdown in March 2020. He had a family to support.

As an employee, one has to work with various people in the office. There will be office politics. Sometimes, there will be a senior officer who will put you down and let others know you are no good in your job. That person will needle you every day, passing comments such as a "zero-brained man" (see my other story in the blog) in order to provoke you and cause you to resign.

As long as the boss appreciates your contributions, you will need to control your anger. In the case of Mr Zou, there was a nasty obnoxious old man who passed remarks on his work performance, almost daily. He bottled up his tensions. One day, he just couldn't keep quiet anymore and swore at the General Manager.

By bringing the company to court for unfair dismissal, he had burnt his bridges. He said he would accept a lower salary. No boss who will re-employ a person who had sued him in the court of employment.
In his situation, he ought to count his blessings as many accountants are jobless, even before Covid-19 pandemic struck. He ought to have a sense of shame and be realistic. But this ex-employee did not feel shameful to ask for a job again. He was not given any offer.

Posted by Advices For Young People at 21:04 No comments:

21. Great service is the best referral

Yesterday, my Audi A3 car had a rolling sound when I drove it out for a dinner appointment. The right back tyre was flat. The next morning, being a Sunday, I phoned Audi's 24Hr Assist for more than 5 times over an hour. No reply and no message. That was not good for Audi to list such a service and waste the customer's time.

The sales lady who sold the car had given me this contact, but the contractor could not be bothered even to have a voice message or to answer phone calls. A few of the petrol station's tyre shops were closed too!

Internet search. I found Auto Rescue Kakis-  tel 8117 7505 and got my tyre repaired within the hour for $80. We had a chat about his tattoos and his mask.  He took the trouble to show me where he bought his cyclist masks! I would refer him to others.

Great service is the best referral. 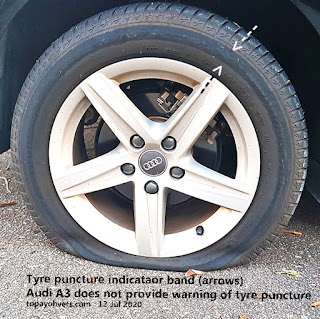 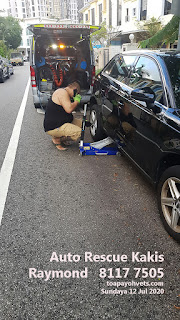 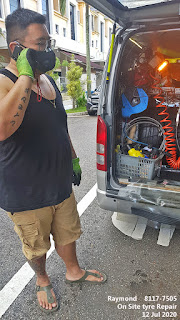 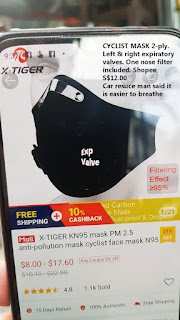 Posted by Advices For Young People at 20:52 No comments: 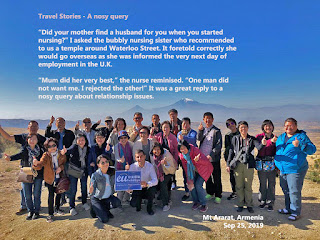 In interactions, relationships may be a topic for communication. Some Caucasians do not like being asked personal questions. You  cannot be talking about the weather all the time, especially during a tour of 10 days. Being single, you may be asked about your past.

It is up to you to reply with a laugh or be very upset and stressed regarding the invasion of your privacy. The nursing sister in my group tour chose the first route and we all had a good laughter together. We enjoyed our tour in the Greater Caucasus.

The nursing sister was sporting in answering my nosy query about her past. She was a great communicator.

Posted by Advices For Young People at 14:13 No comments: 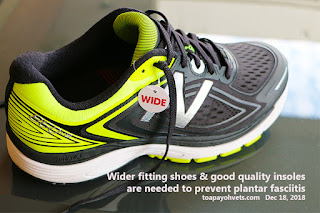 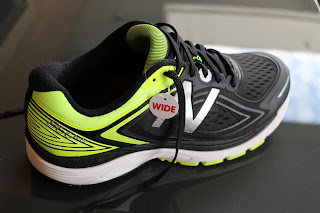 Went to a podiatrist some 4 weeks ago. I had bought a thin insole from Arch Angel. The podiatrist examined me and put a pad to elevate the medial part of the heel. The thin insole was not good as it began to flatten out (said to last 6 weeks instead of 2 years unlike the good ones). So, my left ankle and left side of the calf msucle and left foot became painful again.

Both the podiatrist and the shoe seller did not tell me that the thin insole is not good as it flattens out with wear. It has no substance inside.

On Dec 18, 2018, I saw the shoe seller again. This time he told me that the insole had flattened out and moved inside the shoe. Hence, imbalance of my walk leading to pain. A better quality higher insole was recommended.
Posted by Advices For Young People at 19:01 No comments:


In a group, you may find a critical person who wants to show off to the boss or host at the expense of others, as illustrated in the following story. After dinner, the family members left the dining table to watch TV or do their own things. My host (Mrs Wong) was still at the dining table. My wife urged me to chat with Mrs Wong post-dinner. Normally I would not do so on seeing Mr Tan, an uninvited 74-year-old employee of Mrs Wong there.


"Why are you still here?" the stout old man’s small eyes squinted at me through his thick glasses. "I am here to converse with Mrs Wong" I was not surprised at his rudeness. Mrs Wong's family members avoided him like the plaque but that suited his purpose - to gain sole attention from Mrs Wong.


"You are not an employee!" Mr Tan raised his voice when I sat down next to Mrs Wong. "You should be in the living area watching TV with the others!"  I was shocked at his declaration that only employees should be present post-dinner. Dinner at the boss' residence is not a perquisite of employment for Mr Tan. My wife and I were invited as Mrs Wong treated us as family.


Mrs Wong took her eyes off her smartphone text messages and said, "He is my guest! Are you not feeling well now?" She stood and repeated the question. I kept quiet as this man was trying to provoke me again. Mr Tan took advantage as Mrs Wong would never stop an old man from sharing her delicious food.  After work, he just took a ride from Mrs Wong to her house for dinner. Unless he had disappeared to watch movies during office hours. No qualms about doing that as Mrs Wong still paid him in full.


Mr Tan coughed as if he had water in his lungs. He got up saying, "I am not well. I will go home. He is a zero-brained man!"  Mrs Wong's sister said "goodbye" when Mr Tan proceeded to the main door.  "Don't ever say 'goodbye'," he told her off. "Say 'see you another time!'" He ought to say "thank you" but he could not care two hoots about his lack of manners.

During a previous post-dinner chat, he tried to impress us with the numerous movies he had watched when he ought to be at work. He announced, "I watched 'Wonder Woman' 15 times". He queried us, "What makes this movie a blockbuster movie? What is its hook?" We were dumb asses. So he said, "All men want her, but one man wants her dead!".

Mrs Wong is not a movie buff but she participated as a good host ought to. I was silent as I knew he was not bothered with any movie comments from me. "You watched this movie?" he queried my knowledge about a movie that he rated highly. "Yet you cannot remember the plots!".  I did not retort. Why should I entertain him? Later, I told Mrs Wong that I do not clutter my brain with movie plots as there is a limit to what the brain can store. "Besides, Mr Tan watches some movies more than once!"

Advices to young people. Being 69 years old, I had interacted with a few obnoxious persons. They run you down in front of your boss or host to prove they are smarter. They love to make fun of your traits or work performances. Try to stay calm when you encounter the bad people.

In conflicts, one can either attack, escape or make peace. For Mr Tan, I chose to "escape" as he does not want peace. I know Mrs Wong wished that I would speak up for myself sometimes as she would defend me when Mr Tan called me names. Mr Tan had advised her to get rid of the scroungers (my wife and I) as we were frequently invited to Mrs Wong's dinners.

Do not create conflicts with your colleagues or family members by attacking them frequently. If you persist in having a foul mouth, you will be like Mr Tan - a person whom all "shiam" (avoid)! You will be a bitter old lonely person with no friends or family. 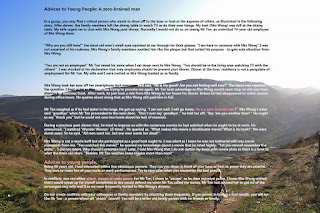 Posted by Advices For Young People at 15:15 No comments:

17. NEW SKILLS. Images of the moon and sun 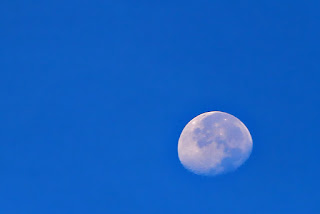 There appears to be a dragon in the moon? 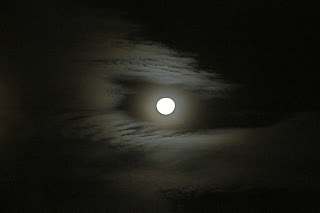 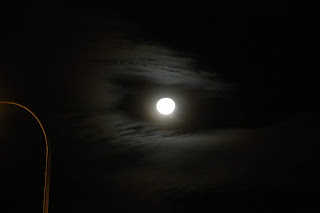 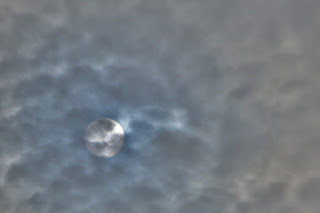 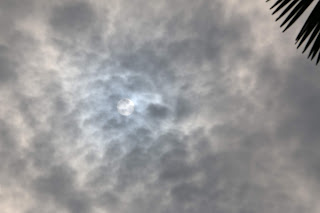 Posted by Advices For Young People at 13:21 No comments: 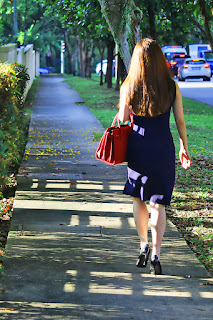 You can see that this young lady is in excellent health.

Many of her peers in eat very little to remain very slim or ate snacks when hungry. They will order several dishes at a restaurant and eat 10%.

These are not good practices if they want long-term health or babies. After marriage, many put on too much weight and do not monitor their high cholesterol levels which may lead to high blood pressure and heart attacks.


Posted by Advices For Young People at 13:11 No comments: